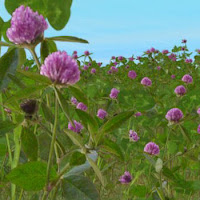 How did I miss this last month?! The U.S. Department of Agriculture (USDA) has approved the planting of genetically engineered alfalfa, rejecting regulations that the department proposed.  NOOOOO!!!  Monsanto wins again... and the American population loses a little more "real" food and faces unforeseeable side effects.  Genetically Modified Organisms (and now Animals!!!) could be the biggest controversy of our century!  European countries have banned GMOs and will not allow trade of products make with these ingredients into their countries.  (I'm taking that as a sign that I need to move to Europe.)  Do you guys realize how scary and serious this is?  It's threatening my precious Organic Premium Blended Alfalfa, not to mention the food supply of our entire planet...and I won't stand for that!

My mouth dropped and eyes widened when I read this:

"This is great news for farmers who have been waiting for the green light to plant Roundup Ready alfalfa," said Steve Welker, alfalfa commercial lead at Monsanto.

What farmers?!  You've got to be joking.  I want to know what farmers of the world want to actually grow the genetically modified crop.  To me it's like spoiled food!

Also from that same article...

Opponents say biotech alfalfa can contaminate organic crops, and that the increased use of herbicide can strengthen weeds’ resistance to such substances.

Alfalfa is the fourth-biggest U.S. crop by acreage, the WSJ said, raised as hay on about 20 million acres. About 250,000 acres of this, or one percent, is organic.

The vast majority of the country’s corn, cotton and soybeans are genetically modified, the WSJ said.

Now, that's the truth.  When Monsanto's crops contaminate organic crops, Monsanto bullies those farmers to fork over their crops and the profits go too.

Still not sure what GMO or Monsanto even is?  Please watch this video.  It's VERY important!

Also watch (or listen) to this one to get a MUCH better understanding of the details of this alarming situation with America's Alfalfa crops.

This is our moment! Send a letter to dozens of dairies and food companies simultaneously. Let them know how strong we feel and how MILLIONS strong we are. When they get the message about the coming non-GMO tipping point, they'll realize it's time to remove all GM ingredients, not just alfalfa.

Share this "click and send revolution" with your friends, shop using the Non-GMO Shopping Guide, and tell the food companies the truth about GMOs. And for those who want to do even more, you are invited to join a local or national Non-GMO Action Group, to expand our numbers even further! 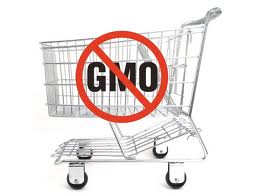 Tell Food Companies: Stop the Introduction of GE Alfalfa into your Supply Chain
It's time we let the food companies know that we have new healthier criteria if they want to keep us as customers. And front and center in those new criteria is to commit to no GM alfalfa in their supply chain (which is used as animal feed, particularly to dairy cows).

Please use the link below to send a letter to the food companies letting them know!
http://action.responsibletechnology.org/p/dia/action/public/?action_KEY=5838


Thank you for your support!  Remember to buy organic, do your own research, get informed and talk to others about this important issue.  Most of the population is completely unaware of GMO foods and the consequences they have on our bodies, health and planet.
Safe Eating,