Monday, March 21, 2011
It was a gloomy Sunday and all I could think about was adding some sweetness to my afternoon.  Marietta Square is the center of the town and there are several independently owned bakeries and homemade ice cream shops within a few blocks of each other.  (I'm having a secret cupcake war between bakeries to see which one is the king of the square.  This is my first taste test.)  Sugar Cakes Patisserie seemed to be the only one open to the public on Sunday and I called ahead to make sure they still had some cupcakes.  Once I arrived I was told that the cookies and cream and red velvet cupcakes went really fast!  Apparently I wasn't the only one with cupcakes on the brain.  I picked up 5 to share with my loved ones...plus a chocolate covered strawberry for myself. 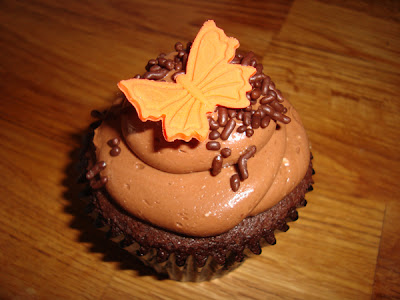 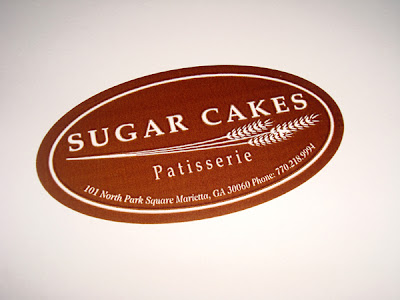 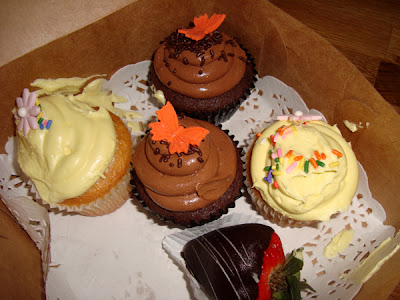 When I got home and opened the box only the vanilla cupcakes had fallen over.
These cupcakes were surprisingly super light and not very sweet.  The icing was like a whipped frothy pudding; vanilla hinted of cream cheese.  We definitely enjoyed them!

Come back next weekend for round 2 of my secret cupcake war!